Do you want to know how to get your New York FFL? Are you overwhelmed by the seemingly heavy-handed government regulations and confusing laws and rules about being an FFL in New York? Don’t worry, you aren’t alone!

In general, New York is seen as an anti-gun state, but there are actually a lot of gun owners and FFL holders in the state. As of June 2021, there are 3,897 of them, to be exact! In addition to keeping abreast of New York state laws, there’s also a lot to keep track of when it comes to local restrictions. That means you have to tread carefully when getting your New York FFL and you need to make sure you’ve got all your ducks in a row in order to get into – and stay in – business.

New York is increasingly hostile to gun owners and has some of the most oppressive laws against ownership of common semi auto rifles and handguns in the country. In addition, New York City imposes different standards for dealers than the rest of the state.

NFA items are either outright banned, or banned under various interpretations of existing New York law. New York FFL’s will only really find a market for NFA items to government agencies.

That’s where we come in. FFL123 is here to make sure you can get that New York FFL you want and deserve!

Ready to get your New York FFL? Great! Let’s look at the simple steps you need to get it.


Get a Free Report

Do You Need an FFL in New York?

The very simple answer is: yes. If you plan on running a business that deals with firearms, you need to have an FFL. This isn’t a state requirement, but rather a Federal requirement. Speaking of which…

The ATF has pretty basic requirements to get an FFL. So basic, in fact, we’ll only glance at them.

To get an FFL, the ATF requires that you be a law-abiding US citizen or a permanent resident over 21 years of age who can legally own a firearm. Pretty simple stuff, really. The paperwork is annoying, and you have to demonstrate you are planning to operate a business, but that’s not too hard.

Once you meet the federal requirements, it’s time to make sure you meet the state ones next – and in the case of New York, they’re definitely more restrictive than the ones set up by Washington bureaucrats.

New York makes it very hard to get an FFL, because there are also specific state and New York City level requirements to meet before you can start selling a gun.

New York FFL’s in NYC must get a special license along with their Federal and state licenses.

New York FFL holders are required to comply with a great many burdensome state and local regulations, and must process several different state forms for simple gun purchases, along with required Federal paperwork. For this reason, New York FFL’s must be absolutely certain they understand the legal environment they operate in, and must have foolproof methods for ensuring compliance with state and local laws.

You also have to operate in a correctly zoned area that matches the type of business you are doing.

Do I Need to Register as a Business for an FFL in New York?

Yes, you must be registered with the state as some kind of business to get an FFL in New York.

First, you need to get a state business license. This is a pretty cut and dry process and even largely automatic as long as you pay the licensing fees. Now is a good time to decide if you are setting up as a corporation or not. We suggest doing business as an LLC or other corporation to limit personal liability.

The state of New York requires most individuals who seek to open up a gun store to register for a state-level Firearms License. One step in this process is applying for a State of New York Pistol/Revolver License Application (PPB3).

This is done through local law enforcement in the city or county your business will reside in and takes around four months total.

When you begin this process, you will go through a background check process similar to those seeking a carry license in New York.

If you plan to strictly distribute only rifles and long guns – no pistols or revolvers – then you do not have to obtain a New York Firearms License.

Local laws and regulations will likely be one of your biggest hurdles, namely because they vary so widely. For instance, New York City has very strict laws about carrying firearms, and each of these licenses (which require a one-time $88.25 fingerprinting fee) is valid only for specific types of business.

Zoning departments are often problematic because they automatically assume an FFL means a storefront with lots of business traffic, but if you’re opening a home-based FFL, which is reasonably simple in many more rural counties in NY, you’ll need to clarify that you won’t have retail-level traffic.

If for some reason, you encounter a snag, FFL123 is here to help. Our members are provided access to private forums with other FFL dealers just like you, as well as members-only resources to help you navigate these waters.

New York has a lot of small towns and rural areas with less restrictive zoning regulations than developed population centers. That means if you want to get a home based FFL in New York, it should be pretty easy.

As you can see, you cannot get your New York FFL until you are licensed to do business at the location you choose. Both the ATF and the State of New York require that you be properly licensed locally before you can do business.

It is impossible to describe all the possible local problems getting a business license in New York for your FFL. Typically your biggest issue will be zoning. If you are in town that’s usually pretty cut and dried. If you are trying to set up a home based FFL, you need to make sure that you can get a zoning variance for the kind of business you are trying to operate.

To get your New York FFL, you’ll likely mostly have to satisfy the ATF that you’ve done your homework. Local business licenses shouldn’t be a problem, but there is always the chance that local offices could try and hold you up.

How Much Does a New York FFL Cost?

On the Federal level, it costs between $30-$200 to get an FFL for the first three years. Each license type’s cost varies due to the different responsibilities they allow the licensee to perform. There are different kinds of licenses for selling a few handguns versus handling or making NFA items.

There are also other costs associated with New York state and local licenses. Because of the wide variety of localities and their different policies and procedures, it’s best to check directly with your local government to find out how much they charge for business licenses, etc.

How to Become a Federal Firearms Licensee in 10 Easy Steps: This is the ATF’s own guide to getting your FFL.

US Code § 923: Federal US Code § 923 covers regulations for the import, manufacture, and dealing of firearms and ammunition. This is the law that requires firearms businesses to get an FFL.

Gun Control Act (GCA): The GCA of 1968 established stricter laws on the firearms industry than were already present in the NFA of 1934. This included new regulations regarding firearms offenses, firearms/ammunition sales to “prohibited persons,” and federal jurisdiction for “destructive devices” (bombs, grenades, mines, etc.) These are just some of the things that were created with the GCA.

Truth be told, we’d like a world where any law-abiding American could easily get into the gun business. But we don’t live in that world. We know this, and so does our staff of industry insiders and legal experts. FFL123 has assembled a staff that is dedicated to helping our customers cut through the red tape of getting an FFL.

When you purchase an FFL123 guide, you aren’t just buying a comprehensive step-by-step guide to applying for an FFL. You are also getting decades of combined industry and legal experience that is there when you need it the most.

Every FFL123 customer is entitled to direct, one-on-one customer support for their specific problems in getting an FFL. We specialize in helping people understand and navigate complex local zoning issues, as this is where most problems with getting your New York FFL will occur.

In other words, when you do business with FFL123, we back you up until you get your FFL. In fact, we go beyond that, and keep backing you up for as long as you are in business! Our customers get ongoing support for everything from finding suppliers to keeping abreast with the latest changes in gun laws and regulations.

With just a couple of easy clicks, you can start your journey to your New York FFL today. Rest easy knowing that you aren’t cast adrift with confusing federal and state paperwork, or left alone to figure out how to fill out and file seemingly conflicting forms. FFL123 is here for you along your entire journey from choosing the FFL that’s right for you, to your first day of business and everything in between.

Are you ready to get your New York FFL? Choose the guide that is right for you. Not sure which one you need? No problem! Just ask and we’ll help you with that too. What are you waiting for? The sooner you start, the sooner you can enjoy all the benefits of an FFL! 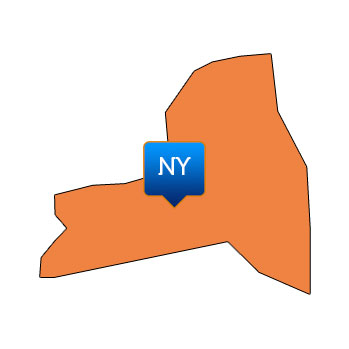 See what our customers are saying in New York 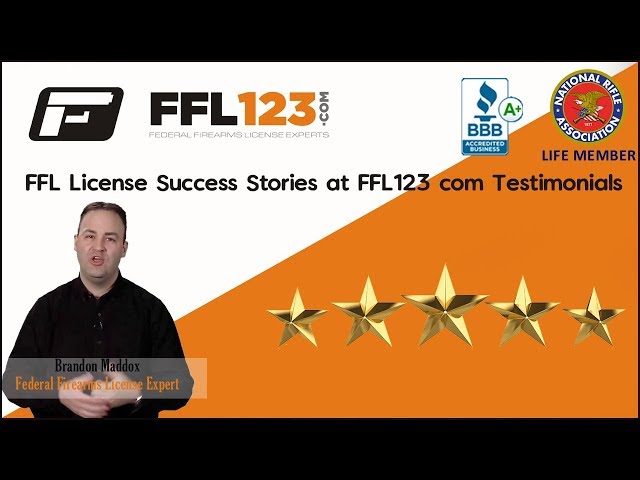 Still Have Questions? Contact us, We're happy to help.

We guarantee 100% privacy. Your information will not be shared.