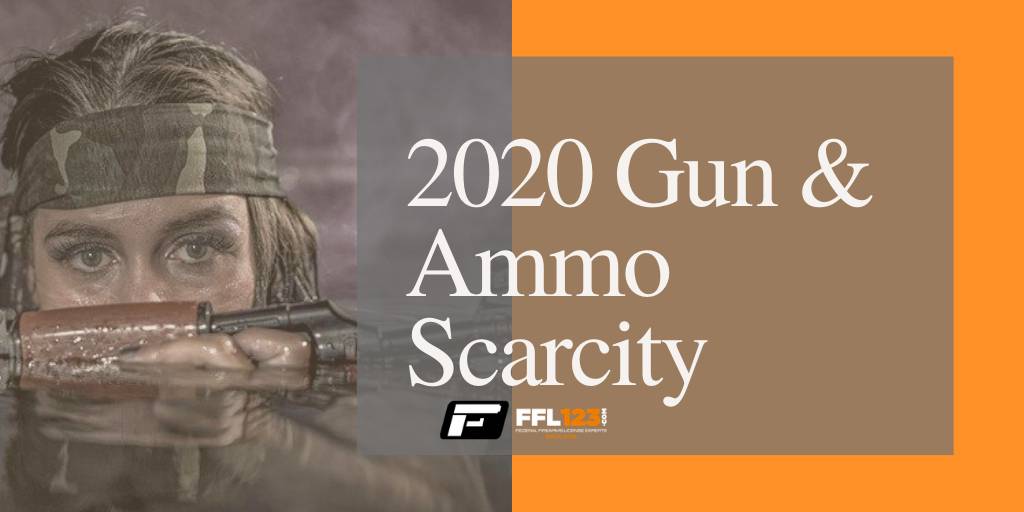 Right now, you are probably struggling to get ammo and popular guns in stock. In most parts of the US what is available sells almost as soon as it comes in. 2020 has shaped up to be a new record-breaking year for gun and ammo sales, and if the political balance of power in this country changes with the November elections, we could see an even more insane increase in demand.

So you might be saying “this is news, and pretty much what we already know.” Any halfway informed person in the gun industry is aware of all of this, but there are some oddball side effects of the current supply and demand situation.

Are Some Parts and Accessories More Common Now?

WeaponOutfitters.com recently tweeted something interesting. Noting that “Glock magazines have suddenly become very available” the online retailer spawned a discussion about how suddenly it is much easier to get popular and common magazines at sometimes near wholesale prices in many retail establishments across the country.

The message there is clear – in a time of scarcity, an unexpected level of availability now exists. Thereof course can be many reasons for this. For instance, it is a lot easier to make a handgun magazine than a handgun. It is possible that magazine manufacturers ramped up production to accompany increased gun sales, and that supply is suddenly hitting the market.

It could be too, that expected friendly rulings in favor of standard capacity magazines (what the anti gun left wrongly call “high capacity magazines) in California could have also spurred a speculative increase in manufacturing in anticipation of a  new and very large market opening back up.

Some speculated that with ammo shortages, people aren’t buying as many magazines which could make sense.

Another possibility arises here though. A huge number of guns this year sold to first time gun owners, many who had little or no practical training on firearms or understanding of gun culture. While many experienced gun owners will keep a stash of magazines, new gun owners are likely to see the two or three that came with their gun as more than enough and call it good.

Which means there are a great many people who are not following the traditional path of accessorization and upgrades when they buy their guns. To be fair, for a great many people, the magazines that ship with the gun are likely all they’ll ever need, and at best they might buy a couple more as spares or to keep handy at the range.

Typically panic buying as we are experiencing in 2020 is based on fears of changes to the legal and regulatory framework, and magazines are often targeted by anti-gunners. This leads to an increase in the purchase of magazines as a hedge against future legislation.

2020’s gun buyers are not grounded in gun culture or the broader understanding of firearms that leads people to know that they should do things like buy spare magazines or the like. This is understandable. For many, just buying a gun for the first time in a national atmosphere of fear and insecurity can be intimidating. Consumers have the realistic expectation that buying a gun will give them all they need to operate and use the gun, and with the addition of a holster for a handgun, or sights for rifles that ship without them, no further purchases are needed.

What does this all mean? It means that a lot of folks aren’t buying what more experienced gun buyers would, and that might mean a glut in some accessories right now.

Surplus in Times of Scarcity?

If this observed trend shapes up to be something other than a statistical blip, FFL’s will have some unique opportunities. For instance, being able to buy popular accessories at lower than usual prices can lead to an increase in profits when a traditional inventory of guns and ammo is harder to come by. It may require some outreach and marketing to move these products to a market that is not automatically inclined to buy them, but being nimble is an important part of staying in business.

Should the 2020 elections lean towards the left, there may be real fear of magazine bans, which means the FFL that stocked up now when they were cheap will be able to serve the anticipated panic buying.

Even if there is not a future run on magazines, being able to acquire magazines and accessories at lower prices than usual is only good business sense. Things will eventually normalize, and having inventory with a higher than usual profit margin due to fire sale prices will help buffer your bottom line.

Do You Want Your Own FFL?

Despite various challenges involving inventory and extreme market demand taxing the production capacity of the entire industry, there is still no better time to get your own FFL and grab your piece of the increasingly growing firearms industry in America. Tens of millions of first time gun owners have started exercising their constitutional rights in 2020, and that number will just get bigger and bigger.

That kind of growth needs more FFL’s to help sustain it. From transfers to training and education, and ongoing support of new and long time gun owners, FFL’s are the front line of gun ownership and make it all possible.

No matter if you want to run a small kitchen table FFL or a start manufacturing guns yourself, FFL123 is here to help you get the FFL you want and deserve. We’ve been helping tens of thousands of people just like you get their FFL for nearly two decades. Visit our website and discover the FFL123 advantage, and choose the online FFL guide that is right for you!

Existing FFL123 customer? Great! Our ongoing commitment to keeping you up to date with the latest industry news and business best practices gives you the security of knowing that industry insider experts will have your back as long as you have your FFL.

No matter what though, FFL is here for you, and in these uncertain times, isn’t it nice to have a friend in the industry?