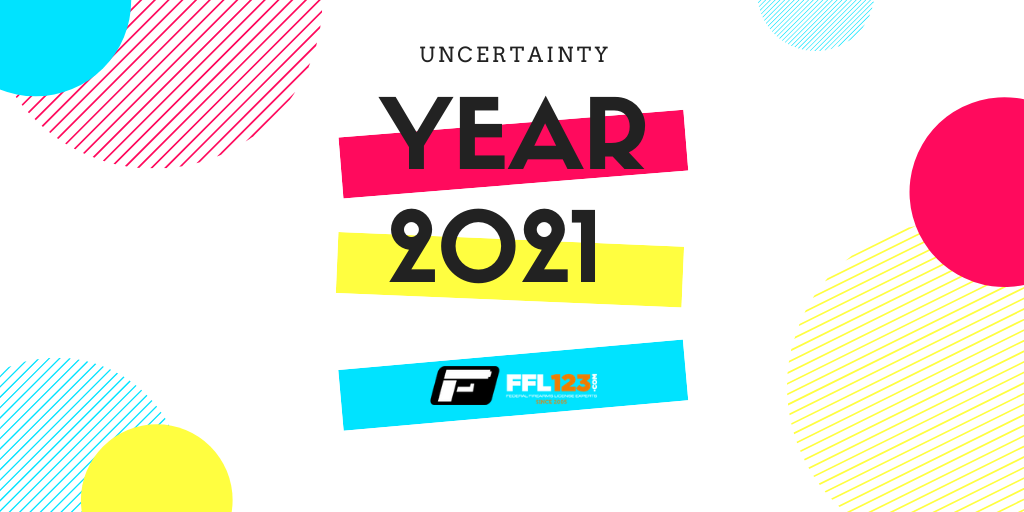 While at the time of this writing, there are still various legal challenges to the 2020 US presidential election, barring something extraordinary from one or more courts, it is almost certain that Joe Biden will become the 46th President of the United States. There is also a chance that the US Senate could be a 50/50 split to pair with a democrat majority in the House of Representatives.

This has lead to some serious concerns about the future of gun control and gun ownership in the United States. However, speculation tends to lead to long winded click bait articles of no real substance that simply focus on OMG DEMOCRATS IN POWER DOOOOOM and offer nothing of real value.

Because FFL123 offers a lot of real value, we prefer not to engage in doom posting. We like real facts, and maybe a bit of fun and bombast at the same time. Because, last we checked, this is still America and fun and bombast are two things that make America great. But let’s take a look at some real concerns.

And really any other modern sporting rifle. You see, like many moral defectives (how many children has he sniffed on camera now?) Biden thinks just because something looks scary it should be banned and kept apart from polite society. Back in 1977, he didn’t want his children attending school with black children. Now he doesn’t want you to own black guns. The message remains the same – maintain an elite social order where people like him decide who you should associate with, or what rights you should exercise.

Biden wants to put common modern sporting rifles on the NFA registry like a machine gun or silencer. Can he do it? Probably not. It would take congressional consent, and even if the the Senate goes 50/50 split, the Democrats still remember what happened after they passed the 1994 Assault Weapons Ban, and how many congressional seats they lost. Plus, support for gun control is at a new low. The shrieking harpies of gun control might have to sit this one out, or hope for absolute rigid ideological purity among the Democrats, and that likely won’t happen. We hope.

OMG A MAGAZINE WITH MORE THAN 10 ROUNDS!

We are pleased that your average anti-gun bigot can count past their fingers and figure out that the vast numerical majority of firearms magazines hold more than ten rounds. This demonstrates at least a basic understanding of numbers and an ability to express that. We’d give them a gold star, but frankly, we have better things to spend our money on.

However, we are not pleased that once they have to start taking off their shoes and socks and counting on their toes, they get angry and confused, and start demanding a ban to standard capacity magazines. In their fevered little minds, they think that forcing a limit on the capacity of magazines will somehow magically stop cases of mass shootings in the US.

What Biden and his fellow Democrats don’t think to ask is why back when you could literally mail order an M1 Carbine and all the “high capacity” magazines for it you could afford, we didn’t have problems with mass shootings, but now, in an era of the strictest gun laws in our history, they happen enough to be notable. Maybe it isn’t the laws? Shhh…. We’ll bring that one up once they put their socks back on. But meanwhile, we can expect to see attacks on standard capacity magazines throughout the country in 2021.

Will The Supreme Court Finally Do Their Job?

Love him, hate him, or have no opinion on the matter, it is undeniable that Donald Trump has shaped the Supreme Court for decades to come by appointing a whopping three justices in four years. While we haven’t heard much from SCOTUS on gun rights since DC v Heller, is it finally time for the nation’s highest court to pick up Second Amendment cases again? We certainly hope so, as there are a lot of lower courts that think various gun bans and registration schemes are just fine. We’ve waited long enough to have Heller used to expand and protect gun rights and right now it looks like we need a friendly SCOTUS more than ever.

Democrats taking political office drive panic buying, this is a well known fact. But the madness surrounding COVID lockdowns, social unrest in major cities and an understanding that the government cannot save you from violence has already wiped out inventories for months and months.

Right now the gun industry simply is strained to bursting cranking out guns and ammo for everyone who wants a gun for whatever reason, and there is no end in sight to all this. Expect problems getting what you want or need for months and months to come…

Become Part of The Gun Industry

Social unrest, an unsure legislative future, demands for outright bans and confiscation… these are all things shaping the gun industry and market for firearms right now.

Not only that, but talks of national gun control are starting up again.

Of course you do!

FFL123 has spent nearly 20 years helping people just like you get the FFL and SOT they want and deserve! We’ve guided tens of thousands of your fellow Americans through the rigorous and confusing process of getting an FFL and SOT, and can do the same for you.

FFL holders have unique advantages during times of gun bans, as they still have to be able to process and receive guns for government agencies and police departments, which means FFL inventories are essentially exempt from gun bans. Many Americans have discovered that a home based FFL not only is a good source of side income, but a way to protect their own guns from future bans and confiscations.

Let us help you get your FFL today. The best time to get an FFL was yesterday, but if you act right now, you can still get in on this huge growth industry and protect your guns at the same time. Click here and let’s get you started on the path to your own FFL and SOT!