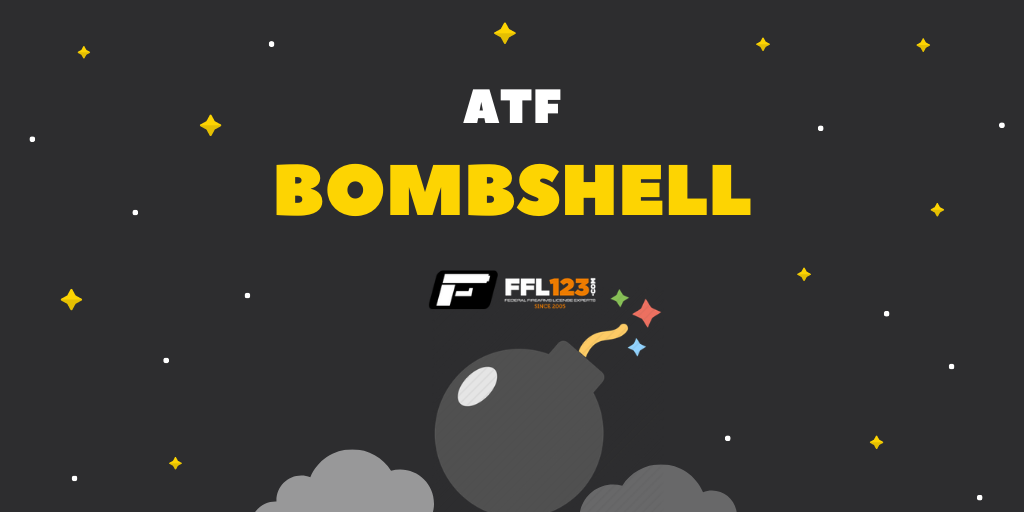 The ATF has recently dropped a bombshell concerning firearms equipped with stabilizing braces. They have made it clear that they intend to place many guns equipped with such devices on the NFA registry or prohibit them as creating an illegal short barrel rifle or shotgun. Along they way, they have put out 16 pages of ambiguous ramblings that both signal that in some cases guns equipped with braces will not be regulated, and other guns will be regulated. They have a long list of features and concepts that will be considered if a gun is to be treated as an NFA item or not.

However, there is a lot of well… ambiguous treatment, so let’s take a closer look at all this mess and what it might mean for gun owners and FFL’s.

Ever since the pistol stabilizing brace was invented, people promptly used them as a wink nod way around the NFA and to create a defacto sort of SBR. The ATF has variously ignored this and cracked down, and then ignored this. Along the way they have authorized a number of devices which serve as stabilizing braces, and a great many others have simply shown up on the market.

Unfortunately, we all knew this constant disregard for intent and function to create what are functionally NFA devices would come back to bite us in the backside. That day has come, and now it’s time to pay the piper for years of wild west style disregard for the narrow intent and purpose of pistol braces. This isn’t to say we agree with or support the ATF’s positions, but if you poke the bear, eventually you’ll get bitten.

However, all is not doom and gloom, the ATF has indicated that it’s not interested in banning all braces, but rather will look at a particular set of sadly subjective circumstances to determine if a brace is really a stock, and if a gun is really a pistol or not. Let’s take a quick look at some key factors that will be used to determine if a gun is a pistol with a brace, or a short barrel weapon.

The ATF has come up with a long winded and seeming difficult to decipher set of so-called standards that will help them determine how they will arbitrarily enforce this new policy.

Some things the ATF will use when considering if a given gun is a pistol with a stabilizing brace, or an unregistered SBR include…

There is a very real problem here, as outside of manufacturer marketing, which indicates actual intent, it’s almost impossible to objectively use these criteria to determine if a gun is being used as a handgun or a short barrel rifle. The problem is, the ATF is stuck with a legal system written in the early 1930’s when none of this technology was available. However changing culture and design trends, plus innovations in firearms design have created a big mess that requires Congress to fix it, and it is hard to tell what would be worse – an ATF regulatory fix or a Congressional fix. Certainly we don’t want a Biden administration messing with the NFA right now…

We don’t know exactly what the ATF is proposing for a rule concerning pistol braces, as they have not yet released it at the time of this writing. We suspect, based on the draft proposal, that they will specifically single out certain brands of braces, and will indicate a gun when fitted with a brace and certain combinations of accessories will require NFA registration.

Until we see the final rule, we cannot say what will or will not constitute a brace equipped gun that is regulated under the NFA. We do know that the ATF indicates that there will be a grace period to either reconfigure a gun, destroy it, surrender it, or register it as an NFA item. We know that not all brace equipped guns will be treated as NFA items, so it is important to wait and see how your gun will be treated.

The ATF also indicates that guns assembled in good faith before the rule is published will be allowed to be registered for free, and that the registration process will be expedited. We have to wonder, why they simply can’t expedite ALL NFA transactions then, but that’s another story…

What This Means For FFL’s and Gun Owners

Right now, it means that at some point you will have to take a long hard look at your brace equipped pistols. Some will be legal as is, some will be readily modified to be legal, some will have braces or other features that will require removal or registration as an NFA device. We do not know at this time what these combinations will be.  There will be ample opportunity to either make a non compliant gun compliant or register it if you chose to.

Meanwhile, for better or worse, things are business as usual. The ATF must publish their proposed rule and open it up for a period of public comments. Then after those comments it has to make a determination. FFL’s who have guns that the ATF will consider under the purview of the NFA will have plenty of time to change their configuration or register them. FFL’s without an SOT will have to reconfigure their guns, or transfer them to an SOT.

Gun owners in states that do not allow ownership of short barrel firearms will have to reconfigure offending guns.

What we are dealing with here is a case of the ATF responding to years of open abuse of a concept, while trying to make it all work within a regulatory framework based around concepts of firearms from nearly a century ago. It will not be a nice process, nor will it be one that endears gun owners to the ATF, and it certainly is going to be trampling on people’s rights.

When the ATF does publish the proposed rule, strong, vigorous protest may help. Otherwise, we can expect to see more arbitrary rules in the near future, as Biden leans on the ATF to bully gun owners.

Do You Want Your Own FFL and SOT?

If the ATF makes some brace equipped guns NFA devices, FFL’s holding those guns who don’t have an SOT will be unable to sell them without changing their configuration. But an SOT is very easy to get, and opens up a whole new world of profit.

NFA items are a hot commodity and only getting more popular. FFL123 has been helping people just like you get the SOT they want for nearly two decades. Check out our different SOT guides, choose the one that is right for you, and let’s get you started towards your very own SOT today!