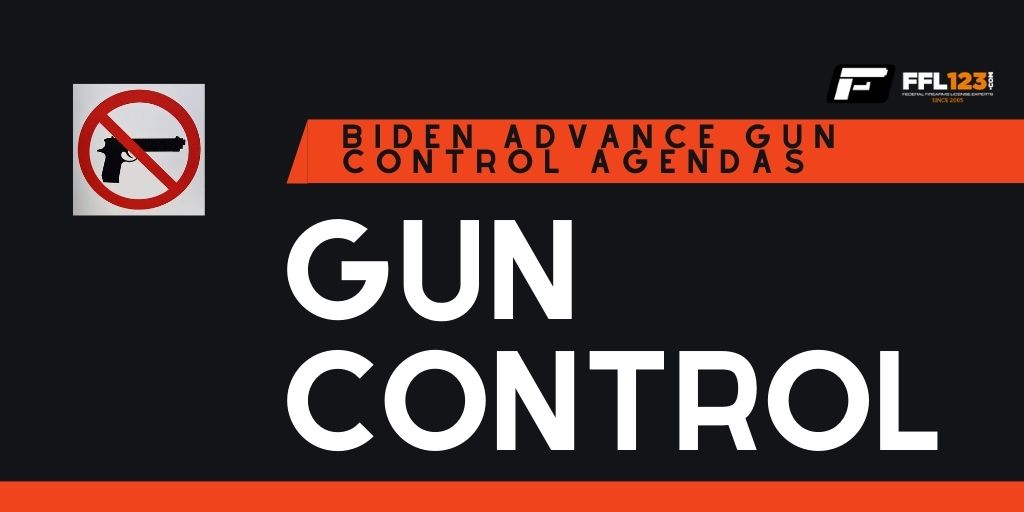 Every Democratic presidency since Clinton has simply echoed itself from administration to administration. Trapped in some 1990’s fantasy of tough on crime gun control and some demented Age of Aquarius ushered in by banning guns that look scary on the theory that people will start loving each other and never commit violent crime if only guns that looked the wrong way were banned.

The reality is aside from being forever trapped in 1990’s statist policies of social control and government domination over American’s daily life, the Democrats want to ban guns for the simple reason of control. People who support the regular ritual of “ban guns” or “ban AR-15’s” and the like honestly believe in their hearts that simply making things go away changes human nature. They cannot fathom a world where people commit violence regardless of what weapons are available, and instead believe that having access to modern firearms must be the reason that violence happens.

We of course know this is wrong, but in the interim, we are stuck with yet another round of horrific mass shootings that as usual are rooted in serious mental health and social issues. Coupled with Biden’s call for increased gun control and a return to his glory days of the 1994 Assault Weapons Ban, we have a perfect storm for new gun control and panic buying in the United States.

What The Heck is Going On?

We’ve already gone over a year of increasing record gun and ammo sales. The small arms industry has never seen such sales outside of a couple world wars, and never so fast. A perfect storm of various social unrest, riots and political uncertainty plus the election of Joe Biden created what was already a panic buying situation.

We all expected Biden to push serious gun control, and he has. We expected Pelosi to push for a new “assault weapons” ban, and she has. We might have even whispered about the left waiting to take advantage of mass shootings – and they have.

Hot on the heels of a disgruntled pervert in Georgia killing Asian women, a radicalized madman who seems to have absorbed all the hate and fear pushed by the mainstream media over the last few years shot up a supermarket in Colorado. This created the perfect pile of victims for Biden and his crew to dance in and use to promote their agenda.

Which in turn will only fuel a renewed push for guns, ammo and magazines, further straining supplies and making everything hard to get. On top of that, there is some discussion of ill-defined “executive actions” that Biden might take, believed to be import restrictions on guns and ammo, which would further choke available supply.

So what do we do?

Time and time again Americans indicate they want nothing to do with gun control, but the wheezing old fossils in government and their starry eyed progressive followers want to push it on us. Curiously the same faction of people who want to disband and defund police, and insist that police are dangerous racists also want police to take away everyone’s guns and be the only ones with guns. One would think if you believed the government was full of “Nazis” and “racists” they would be the last ones you’d want to have guns. But to the fevered liberal mind, this doesn’t seem to be a consideration.

So we seem to be back to the regular 4-8 year cycle of pushes for gun control by out of touch politicians who dance in the blood of shooting victims who usually are already known to law enforcement, and have given numerous signals of their dangerous intent. During these brief periods of media manufactured frenzy that follow a tragic shooting, the left tries to shove their anti-civil rights agenda down all our throats, which in turn causes an uptick in buying, which should be all too familiar to gun owners and dealers by now.

Dealing With the Panic Buying

What do you do when a new layer of panic buying is put on top of an existing shortage? Right now Americans from all walks of life, many of them them first time gun buyers are buying guns and ammo in record numbers. All of them know they cannot trust the state to protect them, and they are all worried about dangerous radicals on the fringes of society who want to kill them for being different somehow. Then we add Biden’s gun control lunacy to the mix, and we can expect that FFL’s will be spending the rest of 2021 repeating 2020 as they struggle to keep up with demand.

At this point, the best you can do is to keep doing the best you can do, and make sure your customers get training and understand the importance of proactive gun culture and standing up for our rights. However, even with the threat of gun control looming, FFL’s have a unique advantage.

How an FFL Can Protect Your Guns

One of the most popular way to protect your guns while also running a business is to enter your weapons into your FFL’s inventory as demo, sample or display guns. This is perfectly legal and moves those guns out of private ownership – and almost always beyond the reach of gun control schemes. Why? Because FFL’s have to be able to take possession of restricted guns for grandfathered transactions, or sales to government agencies. This means the guns in your inventory are protected.

Many FFL’s take pride in displaying rare, valuable or unusual firearms they own. You can also use guns exclusively for training, demonstration, or simply to display as a type or theme. As long as it is properly inventoried and tagged, these guns are both yours to use, and to keep out of the hands of gun grabbers.

Do you want to protect your guns and make extra money with a home-based FFL or a full time brick and mortar store? Maybe you want to make or sell NFA items? FFL123 has helped tens of thousands of Americans just like you get the FFL and SOT they want and deserve, and in the process provide the protection against gun bans you might need very soon. Take a look at our famous online FFL guides, and choose the one that is right for you. Remember, the sooner you act, the sooner you can take part in the most profitable time in history to be an FFL!