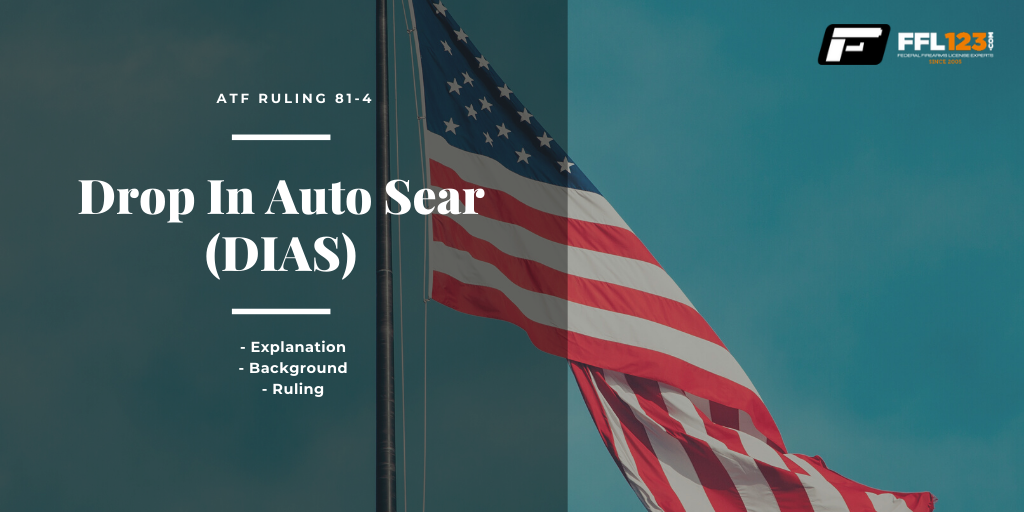 Drop in auto sears (DIAS) are a near-mythical part for AR-15s that, when used with certain other parts, can convert them to full-auto fire. For a long time they were openly sold and marketed to consumers with the implication they were perfectly legal to own as long as you didn’t actually use it. After all, it’s just a part, right?

Well, no, not really. In the eyes of the government, there is no reason to own a DIAS unless you intend to use it, and using it is quite illegal in most cases. That didn’t stop a vigorous trade in them that lasted for more than 30 years until the ATF put a stop to the sale of them.

However, there still remains a lot of confusion around drop in auto sears. If they are legal, what made them illegal? And are there ways to legally acquire and use one? There are conflicting circuit court rulings, Federal law, and ATF policies that have all influenced the status of these parts. Let’s take a closer look at the strange and sometimes weird history and reality of the DIAS.

What is a Drop In Auto Sear?

Many fairy tales begin with “once upon a time,” and once upon a time in the United States, anyone could freely own a machine gun. But then the government got involved and decided they were too dangerous, effectively banning them by way of heavy taxes and selective registration schemes under the National Firearms Act of 1934. The fairy tale of gun freedom was over, and most Americans forgot about these kinds of weapons that they couldn’t afford anyway.

Fast forward to the late 1970s. Thanks to inflation, what was once a prohibitive $200 tax on machine guns was now more easily in reach for many people. But, Americans being Americans, we hate the idea of paying a tax for a constitutional right. Hell, we started a whole war over taxes!

Here’s where things get creative. Under Federal law, it was and still is illegal to have an unregistered machine gun. However, it was not illegal to have some of the internal parts that let you make a machine gun as long as you didn’t actually assemble the machine gun. Since nobody would ever dream of combining two legal parts to make an illegal firearm *end sarcasm*, there was a brisk trade in intricately machined small pieces of metal that aren’t capable of doing anything on their own, but could do all sorts of illegal things if people were brought into the equation.

In the simplest of terms, a DIAS basically is designed to work with an M16 bolt, trigger, and hammer to provide auto sear function without requiring a third hole in the receiver. It was a handy way to legally convert AR-15s to registered machine guns, and an equally handy way to illegally do the same thing. Which meant the ATF eventually got involved.

Naturally, the whole thing is really more complicated, but the TL;DR version is that for a few years up until 1981, you could own a drop in auto sear and not have to register it as long as you didn’t have the other combination of M16 parts needed to make it work and an AR-15 to put them in.

In 1981, the ATF issued a ruling that an AR-15 drop in auto sear in and of itself was considered a machine gun part and simple possession of it was illegal unless it was registered as a machine gun. Most importantly, they also ruled that DIASs made before November 1, 1981 were legal to own.

In 1986, the Gun Owners Protection Act also outlawed any part that was exclusively for use in a machine gun, regardless when it was made. Before that, a DIAS could technically be legally owned if it was made before November 1, 1981 and not possessed in conjunction with an AR-15.

Several circuit courts upheld the pre-November 1, 1981 grandfathering, which created more confusion. At the same time, AR-15 drop in auto sears were openly sold in industry publications up until fairly recently. These ads purported to be selling legal pre-November 1, 1981 drop in auto sears, which is a pretty dubious claim given the sheer length of time those ads ran.

We’ll be blunt: if you own a DIAS that isn’t registered, you are committing a felony and have been for decades now. There has been a lot of deliberately manufactured confusion around these devices and dubious claims around devices being sold that are supposedly grandfathered in, and things aren’t getting any clearer.

Early in 2021, a company was raided and shut down for selling credit card-sized pieces of metal with the outline of the parts of a DIAS engraved on them.

The truth is that today, with the ever-changing whims of the ATF, there is no legally certain way you can own one of these without them having been registered in the past.

However, there is a way you can legally use a DIAS for your AR-15 and make or acquire machine guns today, even with the registry having been closed since 1986. Interested? Well keep reading!

When you have an 07 manufacturer’s FFL with an 03 SOT, you can make and acquire machine guns, silencers, short barrel rifles, or any other NFA item for lawful resale, or other commercial purposes. Right now, this is the only legal way you can have a drop in auto sear that isn’t already registered with the ATF. In fact, it is the only way you can acquire post-1986 machine guns of any type.

Many SOT holders build machine guns for sale to government agencies, to experiment with new designs, to demonstrate gunsmithing skills, or as a proof of concept for different ideas. As long as you are actively engaged in business and possess the right licenses, you, too, can make and own machine guns!

So what are you waiting for? The days of shady DIAS ads in the back of gun magazines are over, and you don’t want the ATF knocking on your door. Let FFL123 get you started with your FFL licensing and make 2021 the year you enter the lucrative and profitable world of NFA firearms manufacturing!