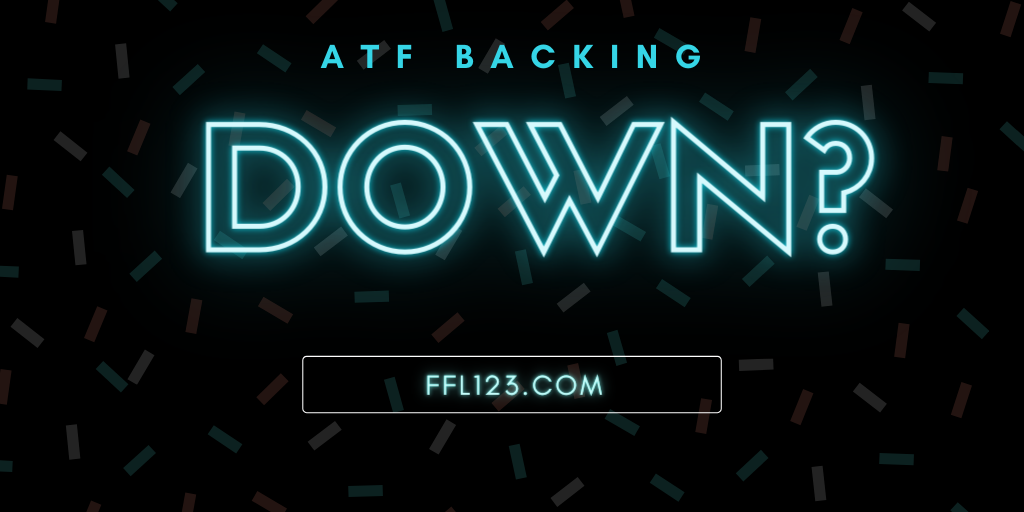 One of the great universal constants of life is that the ATF cannot be trusted to be consistent. Or at times even trusted – just ask the children at Waco. With that in mind, the ATF has changed their position on pistol wrist braces so many times, that it is almost pointless to write about them. We recently wrote about the plan to place many braced equipped guns on the NFA registry.  However, the ATF suddenly reversed their position on December 23, 2020, by withdrawing their attempts to formulate a rule concerning pistol braces which would have placed many guns under the purview of the NFA.

So what the heck happened?

The ATF has never turned down a chance to screw with gun owners, shoot their dogs, take away guns that had previously been legal, and possibly burn down buildings full of children for good measure. After all, what’s the point of being an out of control agency with no accountability if you can’t play jack booted thug now and then? Besides, sociopaths need jobs too.

Now it turns out a whole bunch of congresscritters wrote a nastygram to the ATF that was something of a smackdown. While it’s nice to see government somewhat working as it should, it is unusual that a minority group of elected officials could get an out of control rogue agency like the ATF to back down. Perhaps Mitch McConnell threatened to shoot the Director’s dog, or maybe somebody has pictures of ATF agents actually doing their job and are using them as blackmail. Either way, what matters is right now, the ATF is not attempting to regulate and reclassify pistol braces.

We sat on this for a few days hoping for more information than another “ATF CHANGES MIND, IN OTHER NEWS WATER IS WET” type of report. Unfortunately, nothing new actually is forthcoming. Right now, things are back to normal, or what passes for normal these days. Pistol braces are largely unregulated, using them as makeshift stocks as an incidental action or on limited occasions is still legal, and flaunting them as “LOOKIT IT’S REALLY A STOCK” instead of using as a stabilizing brace is still stupid.

If you are an FFL selling braces or pistols with braces attached, go ahead and continue business as usual. You should not sell them as wink nod ways around the NFA, as that sort of attitude is what has brought us to this precipice. We can be certain that sooner or later Congress or the ATF will regulate these useful items out of existence if people keep abusing the clearly designed intentions of them.

We cannot be more plain – the whole reason we keep lurching from crisis to crisis about pistol braces is both because the NFA is a pathetic relic from when xenophobia drove sweeping anti-gun legislation, and because the flaws in the law can be exploited by clever persons who then choose to flaunt it.

The NFA was originally intended to regulate handguns just like machine guns. To that end, all short guns were also included to prevent workarounds to handgun bans. However, the restrictions on handguns were dropped, leaving the now pointless regulations on short barrel rifles and shotguns.

These nearly century old bureaucratic screwups have lead to an ATF enforcement regime that attempts to suppress anything remotely fun or short barrel if it has something that might be a stock on it.

At the same time, the general public has worked hard to find ways around the NFA or to simply adapt existing large handguns to be more comfortable. In the case of pistol braces, the two methods collided. Because so many people and companies openly promoted these items as NFA workarounds instead of pistol stabilizing braces, the ATF had to take action.

We are fortunate that enough pressure was applied to the ATF to get them to back down, but continued irresponsible behavior will cause this to happen again and again.

The ATF has already indicated the incidental uncommon shouldering of braces is acceptable. As long as your intent is to not make a gun that primarily skirts the NFA, these useful braces will continue to be legal and available.

Did you know having an FFL is the best way to safeguard your gun collection from the rampaging bands of anti-gun democrats who are taking power across the nation?

Items held in an FFL’s inventory as samples, demo guns, rentals or other commercial applications are exempt from gun bans that attack private parties. This means you can place guns at risk of ban into your inventory and use them for various business related activities and escape future legislation,

Getting your FFL is easy and gives you a new source of income and another way to protect your guns from unconstitutional gun laws.

Our free ebook reveals industry insider secrets that will help you build a successful business, protect your guns from future gun bans, and develop a successful home based FFL business you can run in your free time, or even how to legally build machine guns!

FFL123 has helped tens of thousands of Americans just like you get the FFL they want and deserve. Biden’s presidency will only drive the demand for guns and the threat to gun rights. Acting now to get your FFL not only gets you a piece of the growing gun sales pie, but it also ensures you will be grandfathered in to whatever mad schemes are around the corner.

Let’s get you started on the path to your FFL today!